Since this weekend and my new (insanely dull) gym routine kicked in, I've had a severe case of itchy feet. In an attempt to combat this, I decided to cycle the way to work. I took the long, muddy, not entirely legal route to work along the Itchen Way. Since most of this path is only footpath with many "no bikes" signs along the way, I decided to head out early to avoid too many pedestrians.

Sunrise was 20 minutes prior to my departure but the warm rays hadn't quite risen over the tops of the houses yet - it was cold. You know something thrilling is afoot when a neighbour calls out "you're mad" as you set off in your shorts. 1

A few minutes from home, I hit the river. Out there the sun was at least visible, but it provided little warmth behind the wispy clouds. The cool air made the trip more exciting and adventurous, somehow.

The path was quiet, as I'd hoped, so I felt little guilt riding down the old towpath. The few dog walkers I did meet were cheery - we exchanged brief conversations as we crossed paths. I disturbed an egret fishing just off the path to the soundtrack of a nearby woodpecker drumming. The rabbits, sheep, cattle, rheas and alpacas I passed, on the other hand, seemed unfazed by my presence. The number of creatures I spotted was much higher than I'd usually see walking this route later in the day.

After a particularly muddy section and at a particularly pleasant spot, I washed my legs in a crystal clear, temporary stream from an overflowing sluice. 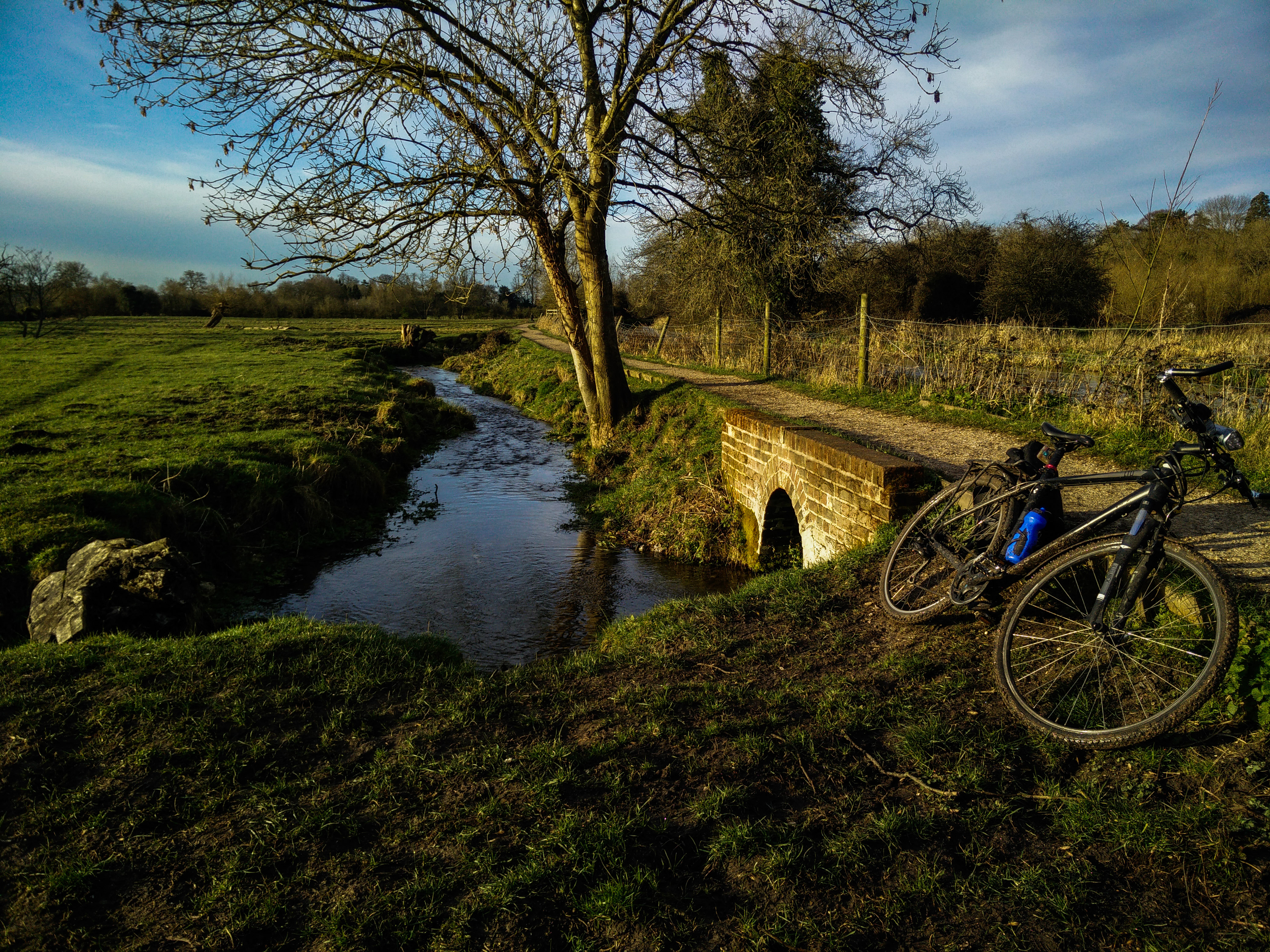 The rest of the journey was less muddy and largely on cycle path (some of which I had never traveled on before). It was slightly less interesting partly because of this but also due to the fact I was approaching the city. I was rewarded, however, with the odd view Winchester towering over the fields beyond and below it.

I arrived at work with a spring in my step. I quickly changed, styled my hair and settled down to a day at work.

I sent the photograph of my stopover by the stream to a friend of mine, to which they replied:

How come you have a day off?

That assumption that I couldn't have work and disappear off to the countryside in the same day highlighted to me just how productive my day had been already. All hail the microadventure!

Friday night after work, in a desperate attempt to find a valid excuse to not be in the gym,…